We have a mental model of the world that we call our beliefs. This world does not always reflect reality very well as our perceptions distort the information coming from our senses. The same is true of our desires such that we do not accurately know why we desire something. It may also be true for other parts of our subconscious. We, as conscious beings, can notice when there is a discrepancy and try to correct for it. This is known as Epistemic rationality. Seen this way science is a formalised version of epistemic rationality. Instrumental rationality is the act of doing what we value, whatever that may be.

Both forms of rationality can be learnt and it is the aim of this document to convince you that it is both a good idea and worth your time.

Reality is the physical hills, streams, roads and landmarks (the territory) and our beliefs are the map we use to navigate them. We know that the map is not the same thing as the territory but we hope it is accurate enough to understand things about it all the same. Errors in the map can easily lead to us doing the wrong thing. 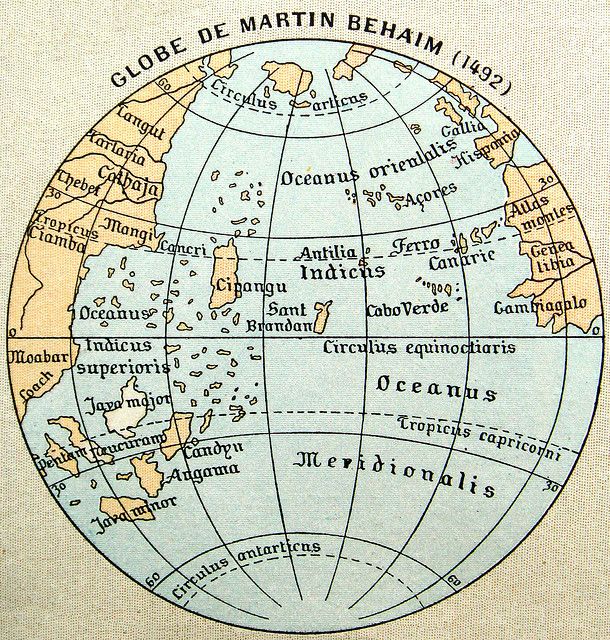 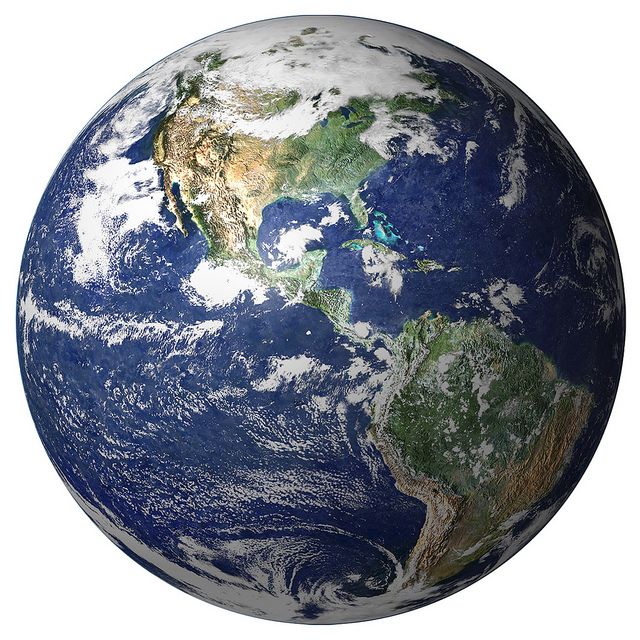 The Lens That Distorts

We see the world through a filter or lens called perception. This is necessary; there is too much information in the world to map fully but it is very important to quickly recognise certain things. For example it is useful to recognise that a lion is about to attack you.

To go back to our hill walker's analogy: we are quicker navigating with a hill walker's map than an aerial photograph. This is because the map has been filtered to only show what is commonly needed by walkers. Too much information can slow our judgement or confuse us. On the other hand incorrect information or a lack of information is just as bad. If when out walking we are told to turn left at the second stream yet the hill has more streams than the map then we will get lost. The map was not adequate in this situation.

In the same way our own maps can be wrong caused by errors in our perceptual filter. Optical illusions are a nice example of such a phenomenon where there is a distortion between map and territory.

Light from the sun bounces off our shoelaces, which are untied, and hits our eye (reality). These signals get perceived (the lens) as an untied shoelace and thus we have the belief (map) that our shoelaces are untied. In this case the territory and map reflect the same thing but the map contains a condensed version; the exact position of the laces were not deemed important and hence were filtered out by our perception.

By default, our subconscious believes what it sees, it has to. You have no time to question your belief if a lion is coming towards you. We could not have survived this long as a species if we questioned and tested everything. Yet there are some times where we are reproducibly, predictably, irrational. That is, we do not update our belief correctly based upon evidence.

Why Should We Be Rational?

What Rationality Is And Is Not

Being rational does not mean thinking without emotion. Being rational and being logical are different things. It may be more rational for you to go along with something you believe to be incorrect if it fits with your values.

For example, in an argument with a friend it may be logical to stick to what you know is true but rationally you may just concede a point of argument and help them even if you think it is not in their best interest. It all depends on your values and following your values is part of the definition of instrumental rationality.

Rationality also differs for different people. In other words the same action may be rational for one person and irrational for another. This could be due to:

When confronting someone who has different beliefs this could be down to the points above, in which case it is worth trying to see the world through their lens to understand how their belief came about. You may still conclude that their belief is wrong. There is no problem with this. Not all beliefs are based in rationality.

An important note in such discussions is to consider whether you are actually arguing over different points or using different definitions. For example, two people may argue about how many people live in New York because each is using a slightly different definition of New York. The same sort of thing happens when the old saying “if a tree falls in the woods and no one is around to hear it does it make a sound?”. People may have a different answer for this based upon their definition of “makes a sound” but there expected experiences are generally the same; that there are sound waves but not the perception of sound.

Science is a system of acquiring knowledge based on scientific method, and the organized body of knowledge gained through such research. In other words it is the act of testing theories and gaining information from those tests. A theory proposes an explanation for an event, that's all it is. This theory may or may not be useful; a useful theory is one that is:

If this seems familiar to rationality then you are correct. Science attempts to obtain a true map of reality using a specific set of techniques. It is in essence a more formalised version of rationality.

A theory is very strongly linked to a belief. Indeed they should both have the two traits listed above; to be logically consistent and to be a predictor of events. Just like a theory, a belief proposes an explanation for events.

The Lens That Sees Its Flaws

We, as conscious beings, have the ability to correct the distortion to our perceptual filter. We may not be able to see through an optical illusion (our lens will always be flawed) but we can choose to believe that it is an illusion based upon other evidence and our own thoughts.

In the image on the left below (Müller-Lyer illusion) we may see the lines as different lengths but through other evidence choose not to believe what our senses are telling us. The image to the right (Munker illusion) is an illusion that is even harder to believe: the red and purple looking colours on the top parts are actually the same; as is the green and turquoise looking ones on the bottom image. I hope that you check this for yourself. Even after you convince yourself of the illusion it will still be very hard to see them as the same colour. We may never be able to fix the flaws in our perception but by being aware of them we can reduce the mistakes we make because of it. 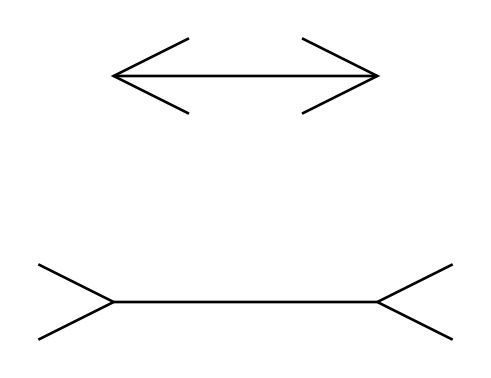 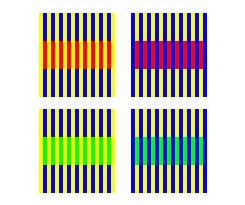 We don't know what many of our desires are, we don't know where they come from, and we can be wrong about our own motivations. For example, we may think the desire to give oral sex is for the pleasure of our partner. However our bodies create this desire as a test for health, fertility and infidelity. We consciously feel the desire and ascribe reason to it but it can be a different reason to the subconscious one.

Because of this we should treat the signals coming from our subconscious as distorted by yet another lens, one that hides much of what is behind it. We (speaking as the conscious) notice our subconscious desires and try to infer why they have occurred. Yet this understanding may be wrong. Again these flaws in our lens can be corrected. You probably already temper the amount of sugar and fat you eat even though you have a subconscious desire to eat more.

Another example is that there are no seriously dangerous spiders in the UK so there is no rational reason to be afraid of them. Yet is seems to be a universal trait. On seeing a spider and feeling afraid, we can recognise that particular flaw in our subconscious reasoning and choose to act differently by not running away.

What should we do?

To be epistemicly rational we must look for systematic flaws in the perceptual filters (lenses) between reality and our brain as well as within different parts of the brain. We must then train ourselves to recognise and correct them when they occur. Simply talking or thinking about them is not enough, active training in recognising and dealing with such errors is needed.

To be instrumentally rational we must define our values, updating them as needed, and learn how to achieve these values. Simply having well defined values is not enough, everything we do should work towards achieving them in some way. There are methods that can be learnt to help with achieving goals and it would make sense to learn these especially if you are prone to procrastination. The links below are a few examples of such things on procrastination, self help, and achieving goals.

One of the most important concepts to grasp is the best way to update our beliefs based upon what we experience (the evidence). Thomas Bayes formulated this mathematically such that if we were behaving rationally we would expect to follow Bayes' Theorem.

Research shows that, in some cases at least, people do not generally follow this model. Hence one of our first goals should be to think about evidence in a Bayesian way. See http://yudkowsky.net/rational/bayes for an intuitive explanation of Bayes' Theorem.

One important concept comes out of the theorem that I will briefly introduce here. Evidence must update our existing beliefs not replace them. If a test comes up positive for cancer the probability that you have it depends on the accuracy of the test AND the prevalence for cancer in the general population. This is likely to seem strange unless you think of it in a Bayesian way.

« Goal Setting And Achievement | Best Of The Web »